Have you ever wondered which are the most dangerous diseases mosquitoes spread in this country? Mosquitoes may be tiny, but there are 30,000 species of them in the world, some of which carry very dangerous and deadly diseases. Diseases spread by mosquitoes result in more than a million deaths every year globally.

Diseases carried by mosquitoes are known as vector-borne diseases. Some are commonly known—malaria and yellow fever, for example — while others you may have never heard of, such as Chikungunya and Barmah Forest Fever.

Of the thousands of mosquito species, 176 are found throughout the U.S. Many of the dangerous diseases mosquitoes spread have been reported in the U.S. Here are four to be aware of:

Eastern Equine Encephalitis Virus (EEEV): EEEV is a mosquito-borne virus that affects the nervous system in people and animals. An average of seven human cases of EEEV are reported annually in the U.S. But while these numbers are small, the disease is deadly. One third of those infected typically die. In 2019, people contracted the disease in several U.S. states, including Massachusetts, Michigan, New Jersey and Georgia.

West Nile Virus: West Nile Virus is the leading disease spread by mosquitoes in the country, according to the Centers for Disease Control (CDC), and there are currently no vaccines or medications for treating it. There have been cases in all 48 of the continental U.S. states since 1999. Most people who become infected will have no symptoms at all, while about one in five people who get the disease will have symptoms such as rash, fever, aches, vomiting and diarrhea. One in every 150 cases will become seriously, sometimes fatally, ill.

Zika Virus: The Zika virus is spread primarily by the bite of the Aedes mosquito. And while it usually results in milder symptoms similar to those caused by West Nile, it is particularly dangerous because it can be passed from a pregnant woman to her unborn child and cause birth defects. Most Zika cases reported in the U.S. since 2017 have been in people who traveled outside of the country, although some locally spread cases occurred in southern states like Texas and Florida. In 2016, there was a Zika outbreak with more than 5,000 cases reported to the Centers for Disease Control (CDC), of which 224 were presumed to have been transmitted from mosquito bites occurring in the U.S.

Dengue: This disease is more common in U.S. territories like Puerto Rico, the U.S. Virgin Islands, and American Samoa. However, occasional outbreaks do occur in the continental U.S. in states like Florida and Texas, but due to climate change, there is the potential for dengue outbreaks in other states as well. Symptoms of the disease can range from mild to severe, with the worst cases being life-threatening.

FlyFoe can help you protect your turf from the nuisance and dangers of both mosquitoes and ticks. To book a spray, contact us at FlyFoe.com. 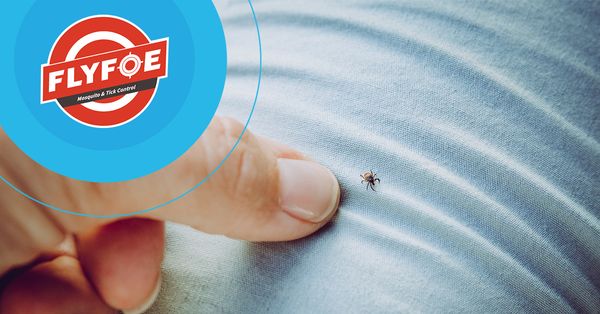 With more than 800 species of ticks in the world, and 90 in the U.S. alone, it’s fortunate for us that not all ticks spread disease. 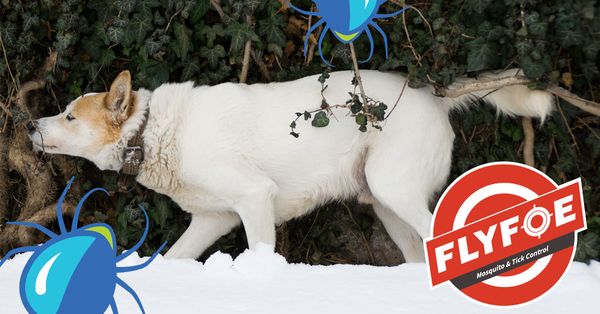 Ticks in winter aren’t as active as they are in the warmer months, but they may still come out on days when temperatures rise above freezing. Once they become active, they will want to feed, and will lie in wait for suitable hosts like your cat or dog.

FlyFoe Blog
—
4 of the Most Dangerous Diseases Mosquitoes Spread in the U.S.
Share this