Pennsylvania already has a serious tick problem, consistently claiming a top rank for states with Lyme disease cases – and it just got worse. A new invasive tick species from Asian has arrived in the PA. The Asian long-horned tick, Haemaphysalis longicornis, is spreading rapidly along the Eastern Seaboard.

It's been 50 years since a new tick species has been identified in the United States. The arrival of the Asian longhorned tick has ended that era.

Two things make this tick especially troubling. First, female Asian ticks reproduce asexually, so a single tick can reproduce and lay 2,000 eggs after feeding on a host. These ticks can completely overwhelm a host, taking so much blood as to take the life of animals. Cattle, pets, small mammals, birds and humans are all potential hosts.

Second, Asian long-horned tick is known to carry Severe Fever with Thrombocytopenia Syndrome Virus (SFTS). SFTS is an illness causing death in up to 15% of patients, higher in the elderly patients.

So far, no long-horned ticks found in United States have been carrying human diseases. Experts are currently more worried about the long-horned's effect on livestock. While the long-horned is known to carry a dozen pathogens including Lyme and SFTS, we do not yet know how they will adapt to the United States as carriers of vector borne disease.

“Instead of focusing on the theoretical risk of some exotic imported tick species,” he says, “people should be paying more attention to actually protecting themselves from these much bigger threats.”

Steps You Can Take To Protect Yourself 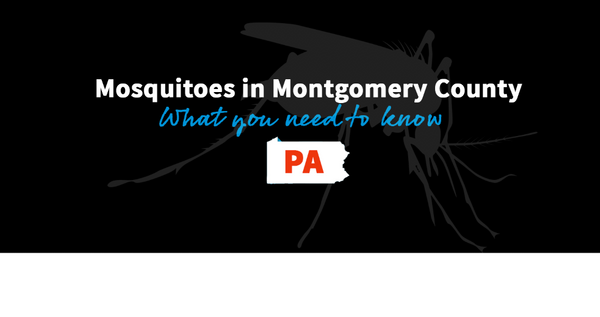 Mosquito Control Guide for Montgomery County, PA. Everything you need to know to about your local mosquitoes and how to protect yourself.